Get to know The Rock. 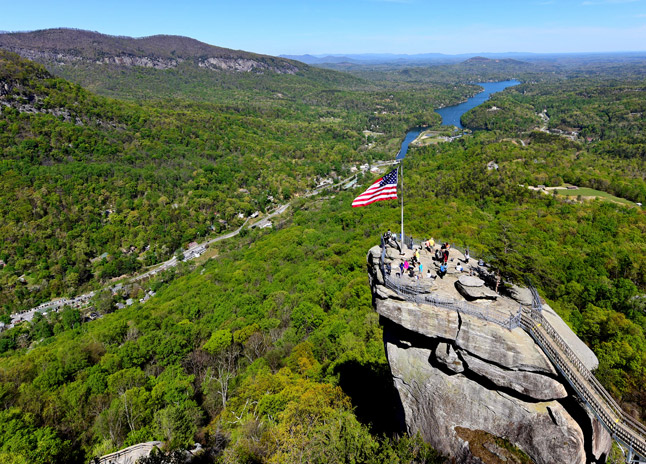 You may know The Rock as WWE wrestling legend and star of HBO’s “Ballers,” Dwayne Johnson. And if you do, well, you’re certainly up on your pop culture references! However, in no way does our Park have a relationship with him, just so we can state it for the record.

Instead, when we refer to The Rock, we’re talking about the entirety of Chimney Rock at Chimney Rock State Park in beautiful Western North Carolina, and sometimes, the signature granite outcropping that most tourists identify as “The Rock.”

The Park has been part of NC State Parks since 2007, and you can learn more about that here.  Of course, we’ve been around much longer than that, and our history is worth a read. Not surprisingly, we push and promote sustainability wherever we can as an NC State Park, so that our beauty can be enjoyed for generations to come. And part of that effort is protection for our flora, fauna + features which takes the work of not just us, but important conservation partners and various partner connections.